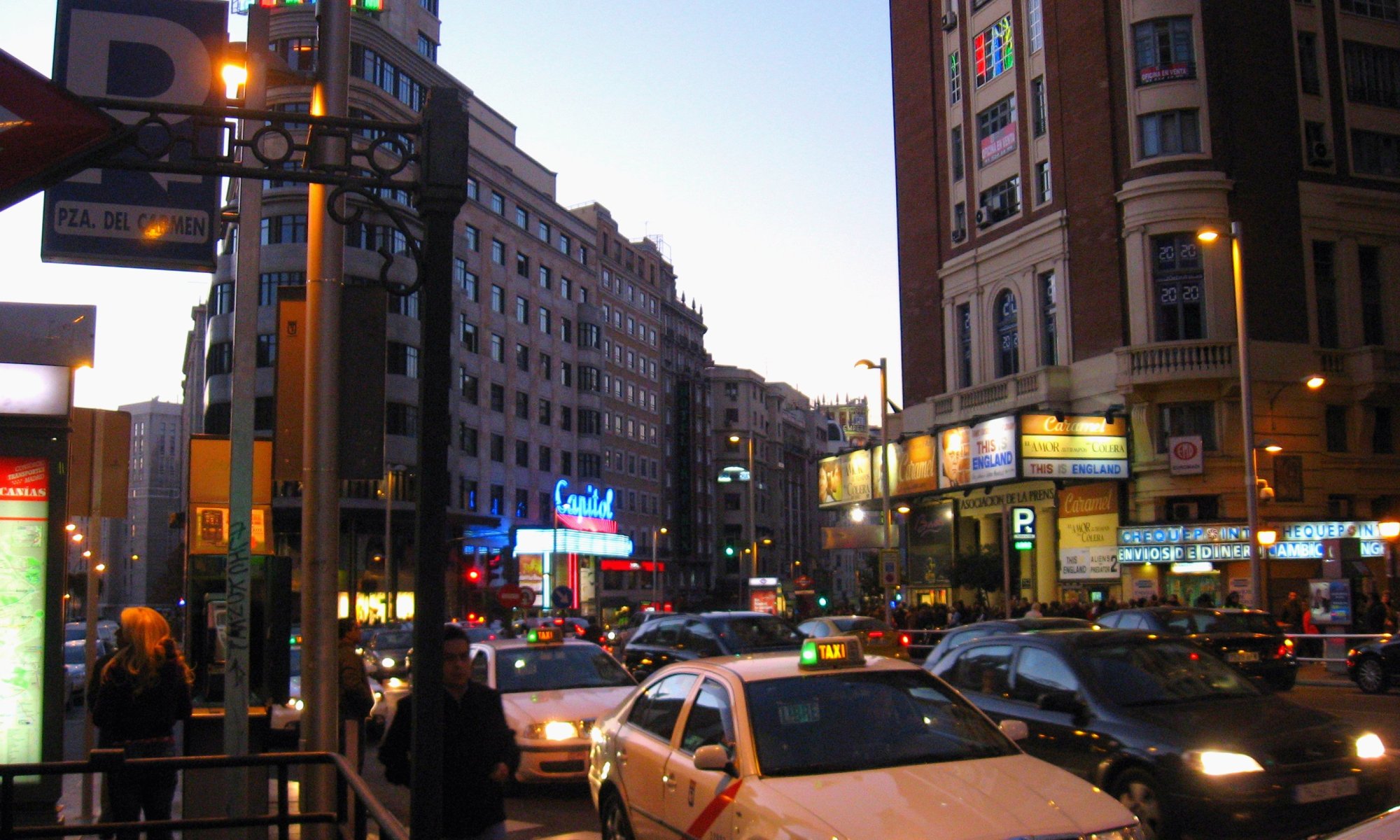 Young, blond, and white in a foreign country. Sounds like the recipe for a mistake, right? I was 19, and Madrid had begun to feel more comfortable, though I craved my home culture often. One part that never felt comfortable was the attention I got on the streets.

I tried ignoring. I tried scowling. I tried dressing down, giving up heels and skirts for good. The attention was relentless. I stood out, but was I asking for it?

There were lessons I had yet to learn about men I didn’t know. At 19, I wanted to believe people were good, had the right intentions, or looked out for me in some way. While this is true in many cases, is it safe to assume?

After years of high school Spanish classes, I was still grappling with the language, attempting to keep up with the fast-paced speech in Madrid. The most practice I got was with my host mom and, well, taxi drivers. They enjoyed the conversation and I needed the practice. I didn’t mind that most of them had a tone of flirtation. It seemed harmless and I’d be home soon anyway. One night these beliefs took an unexpected turn.

On a typical weekend night, I was out with friends downtown. We were drinking, dancing, enjoying life abroad in a foreign place. I wasn’t drunk–I remember the night with crisp clarity. I was ready to go home, and decided to pay for a cab. I lived about a 30€ ride from the city, in a quiet suburb area.

I got in the taxi that night and conversation began as usual. The driver was friendly, making jokes, and complimenting my Spanish. I understood his words más o menos, and occasionally said ‘si’ or laughed along with what seemed to be a joke. At one point, he asked me something I didn’t quite catch. I smiled another ‘si’, while my mind tried to translate quickly what he said. Wait, I thought, what was that? Did he just ask me to go for a drink? Did I just say yes? Pieces started adding up in my head as he began making turns into a different neighborhood. No, no, no, i thought. But the words wouldn’t escape my lips.

Once I realized I had entered into a potentially dangerous situation, I scrambled for something to do. I came up with a few different plans in my head. One was to call my roommate, who was at home. Afraid of making the situation worse, I said very little to her. I wanted her to know that something was up, in hopes that she would call for help if I wasn’t home soon.

Next, I made a plan for once we arrived at a bar. I would go to the bathroom and call my roommate again–or call the police, did I know their number?–or write a note to the bartender that I needed help. Then what? I wasn’t sure, I’d figure it out later.

As I worked through my next steps, we passed by a few bars. He slowed down, inspecting the doors. All closed. He made a comment to me about looking in a different area, and I saw an opportunity for another plan: feign being tired. In my broken and anxious Spanish, I tried to say something along the lines of ‘Oh well, I’m pretty tired anyway! You can just take me home instead.’ Apparently it wasn’t very convincing because we kept driving.

I kept my eyes out for another taxi, a way out, someone to call to for help. We continued through the empty suburb streets, too late to be filled with people. Where was I anyway? Could I walk from here? I thought, and I wasn’t sure. I dismissed that idea quickly, realizing how unlikely it would be for me to get out of his car and simple walk away.

Before I had time to solidify my plan, we pulled up at a bar. From the neon lights and sounds, it was clearly open. I didn’t think twice about the rainbow colors of the sign.

We walked in, and thinking back now, I can only imagine what a pair we appeared to be. Older Spanish guy rolling up at closing time, in a taxi with a young, terrified gringa. Eyes stared us down right away. We didn’t belong here. I looked around at the women in the bar and put it together: this was a gay bar. I felt relief.

We got back in the car and the relief suddenly washed away when I noticed the cage I put myself back into. What was I doing? What would happen next? Why didn’t I say something to someone inside like I had planned?

My worries were soon put to ease as he chose to take me home instead. He gave me his number as we got close, and I thought I was being wise to not give him mine. Instead, he waited until i put his in my phone and then asked me to call him. ‘That way I’ll have your number too,’ he said sweetly. Damn it. I suck at this.

We arrived at my apartment complex. He parked the cab and walked me to the door, as if he were my date, as if I had known him for more than this ride, as if I would be calling him the next day to get that drink. I walked cautiously, anticipating any sharp movements from him, wondering if he’d try to follow me inside.

We said goodbye. He went back to his car. I went upstairs to the safety of my host apartment.

That night I recounted the story to my roommate, unable to make sense of what had just happened, and also what had not. I laughed it off, like a funny story to share over happy hour drinks. Inside, a lingered disturbance remained.

It took weeks for him to stop calling me. I never stopped thinking about how he knew exactly where I lived. Would I see him again, I wondered? Was he harmless? Was I dumb?

In college, I walked home from my car holding my keys between my fingers, ready to strike. I lock my car doors as soon as I get into my car, especially at night. I walk on well-lit roads and sometimes keep someone on the phone with me as I walk. I avoid men on the street who flirt with me, ignore them if they talk to me, make up imaginary husbands when possible. I ask my friends to text me when they get home. I switch sides of the road if there is a man ahead of me.

To me, these actions are a part of my everyday life as a woman.

When I think back to that night in Madrid, I know it could have been worse. The fear I experienced was a glimpse into the horror my friends have lived. I wondered then, and I wonder now: Why am I so lucky, when others are not?